Our Web-GIS is an interactive system for input and representation data on observations of the different species of flora and fauna. Additionally, it could be used as a depository of photo-proofs of species observations. This system was developed for those who don't want to limit oneself with simple uploading pictures of plants and animals to the web but also want to link them with a geographical coordinates and observing data so to enable further data processing. If you are one of those - welcome to Web-GIS “Faunistics”!

On the base of the Web-GIS WildLifeMonitoring we can create a separate section to conduct monitoring on the list of objects of flora and fauna that are interesting for our partners. 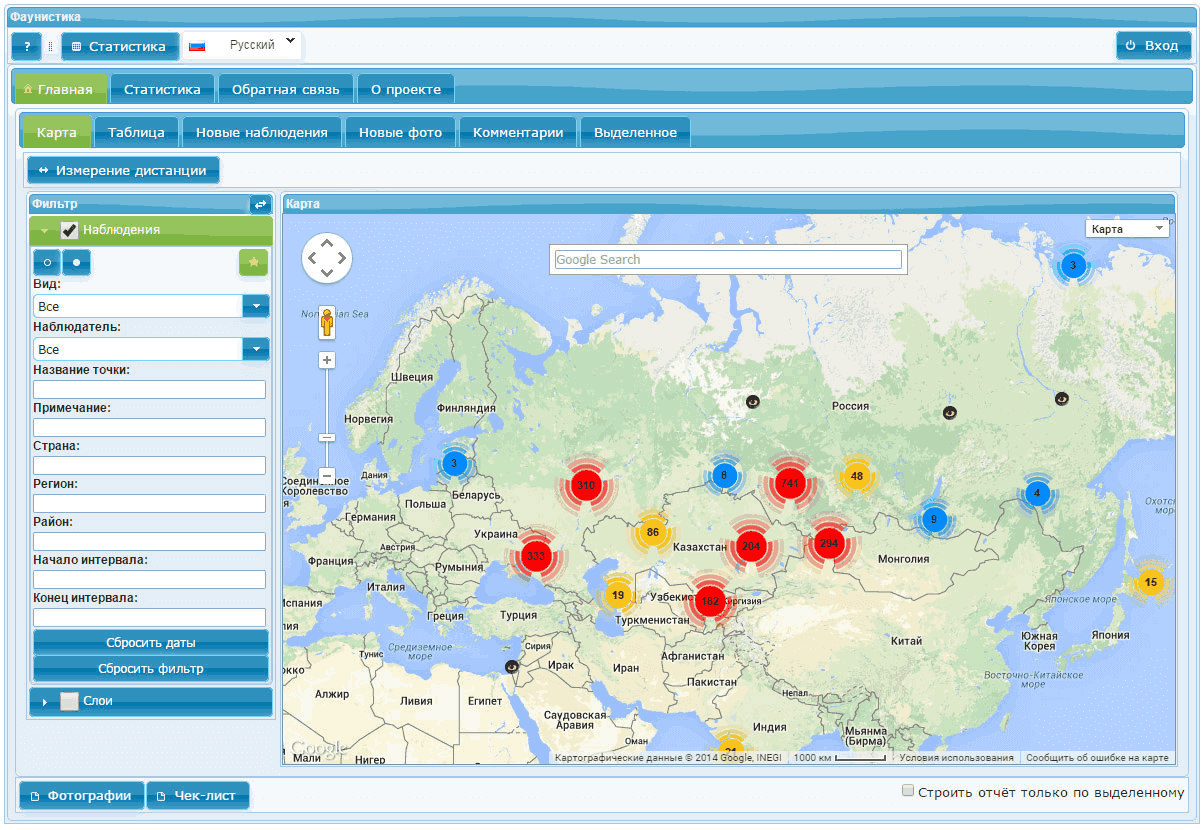 The latest updates of WEB-Gis “Faunistics”:

15.12.2016. Web GIS “Faunistics” is included in the Global Biodiversity Information Facility (GBIF) and begin to import data in 2017

3.10.2016. In the Web GIS "Faunistics" is redesigned functional of observations, added the batch operations, improved of the plug-in to work with layers.

15.02.2013. Crippled version of Web-GIS “Faunistics” was launched for general use. User's registration completed simultaneously with creating of the first observation.

21.01.2013. Crippled version of Web-GIS “Faunistics” was launched for general use. User's registration accomplished by system administrator.

The system require Internet connection speed not less than 1 Mb/sec.

Our Web-GIS was developed on the SGPQ engine.

The system allowed to conduct crowd-soursing collection of data that have geographical binding.

The official site of the project: webgis.pro

«Faunistics» program of the Russian Raptors Research and Conservation Network